Elena Jiménez receives the 2021 Prize for Scientific Dissemination and/or Teaching Innovation granted by the territorial section of Castilla-La Mancha of the Royal Spanish Society of Chemistry.

The evaluation committee in charge of examining the submitted applications that awarded the prize was formed by the following experts:

E. Jiménez was awarded for his extensive and recognized dissemination activity in the field of Chemistry and aimed at audiences of a very different nature. On the other hand, she has contributed to the launch of the AIREAMOS platform aimed at disseminating news related to SARs-CoV-2. The award ceremony (held in June 2021 in Ciudad Real) was chaired by the Dean of the Faculty of Chemical Sciences and Technologies of UCLM, the Councilor for Education, Culture and Sports of the regional government of Castilla -La Mancha (JCCM), the General Director of Universities, Research and Innovation of the JCCM and the president of the territorial section of Castilla-La Mancha. 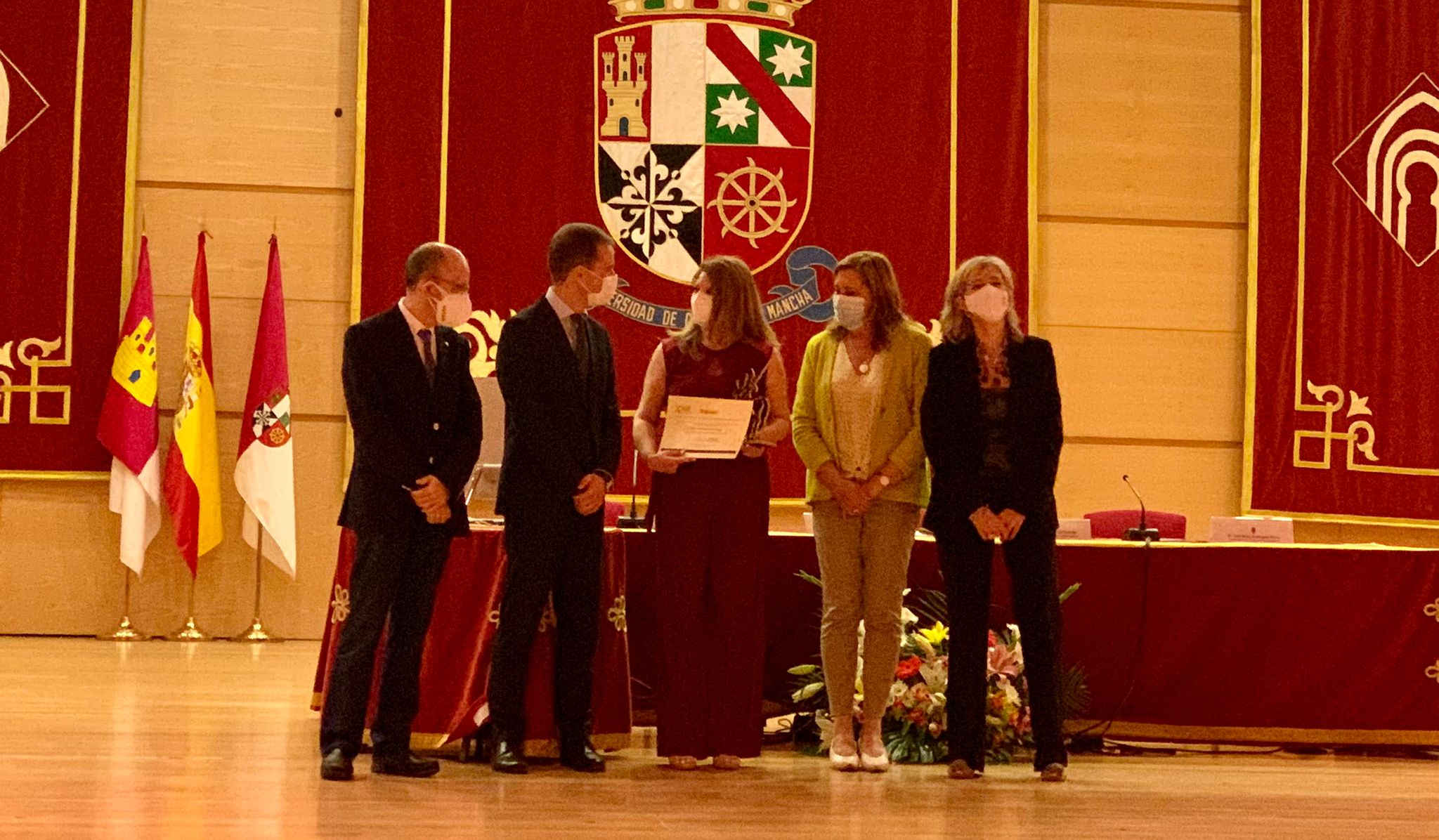 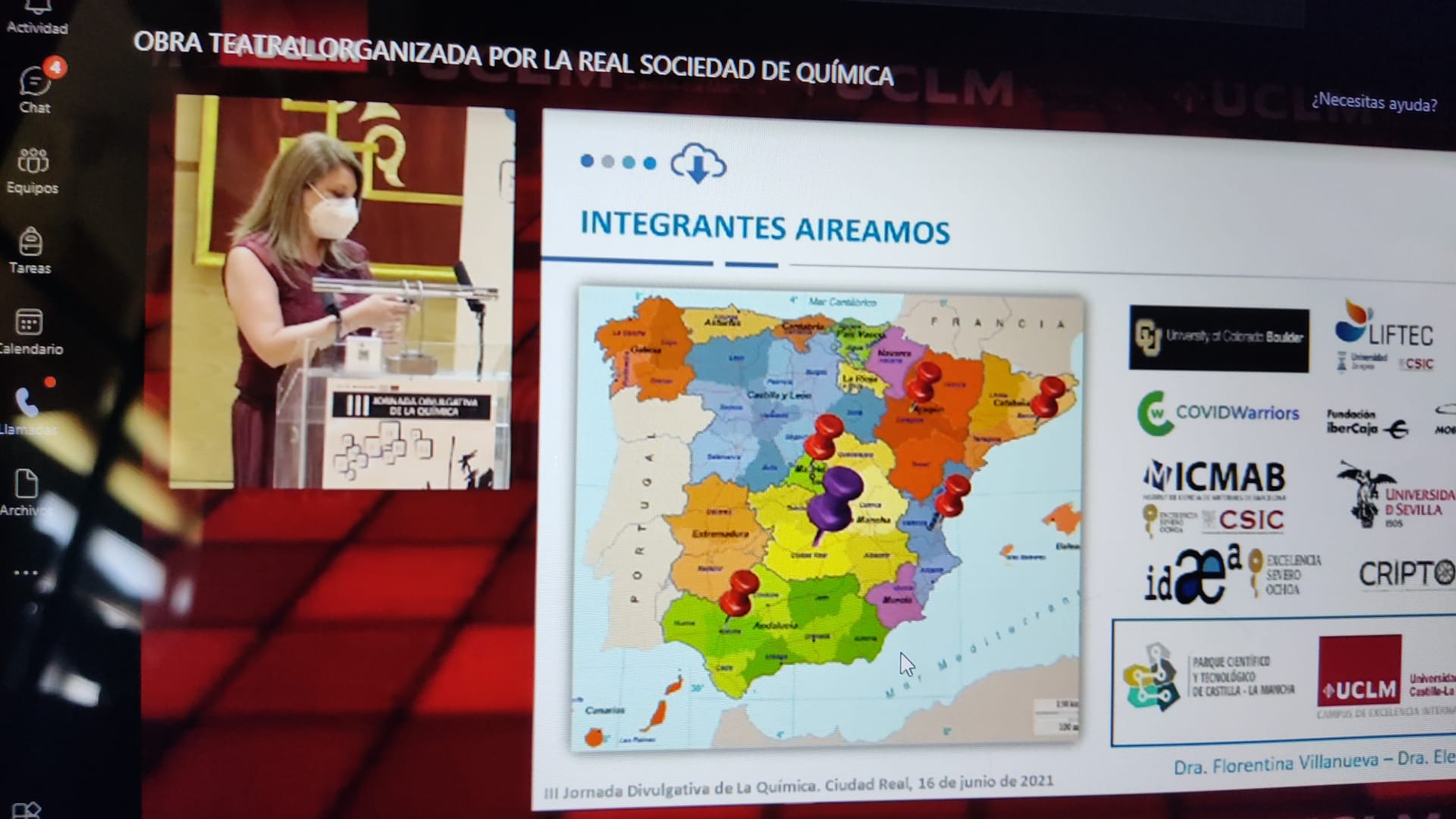